A Gentleman Loved by Everyone 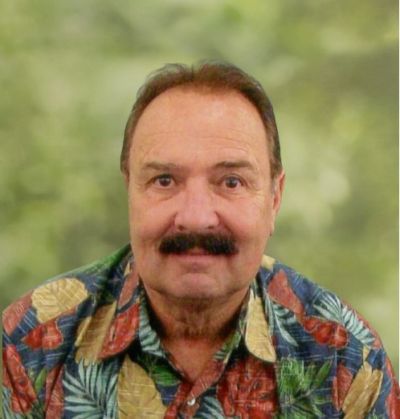 Clyde - Robert “Robbo” W. Rajca, age73, departed this life for his eternal journey into his Heavenly home on Thursday, October 1, 2020.

Robert was born February 12, 1947 in Newark, New Jersey. He was raised in Middlesex, NJ and had later resided in Piscataway, NJ and had enjoyed retirement in Sarasota, FL and in Clyde, NC. He was the son of the late Walter Rajca the late Eleanor Henzel Rajca. Bob was indeed a handsome caring gentleman whose heart runneth over with compassion for others and his decision in life to carry on the tradition that his parents began by serving families in his community as the owner of both Piscataway Funeral Home and Middlesex Funeral Home and this was certainly a heartfelt commitment to devoting his life to always being there for people during their time of loss and sorrow and to be a healer to many broken hearts.

Robbo, as he was affectionately called by family and friends, will be remembered for his unwavering loyalty, his being a friend to everyone, his delightful sense of humor and adventure, his endless generosity, and his strong work ethic. He was indeed a man of many interests and a man who had lived life to its fullest. Cars, motorcycles, boats, RVs, and ATVs always captured his attention, and Bob was also a licensed private pilot. It also seemed that there was not any type of power tool that he was not able to operate proficiently.  Bob was very artistic and photography was another one of his passions. He adored his pets and Robbo was also a true fan of country music.  Bob was blessed with a strong and curious mind that was never idle and taking quiet rides through the countryside were special times that brought a great sense of peace to Robert. His love for his wife, Kathleen, was immeasurable and Bob was indeed a wonderful life partner and husband.  In Kathleen’s sweet words, “I love him deeply and to be without him is something I and all who love him will not live with easily. Bob is missed every day by many people and every minute by me.” Robert held a strong faith and his wholehearted belief in Jesus Christ was evident to all blessed to know him.

We have lost a man that truly cared about others. Robert was an example for us to follow. He is the friend we all would want to have or hope to be. He has touched the lives of countless people and his memory will be cherished by everyone who had the good fortune to have had Robbo in their lives. In his memory, let us reach out to help someone in need or simply perform a small random act of kindness. Robert would be pleased.

Surviving are his loving wife and best friend, Kathleen McWilliams Rajca; his sister, Debra Wasyl of Pennsylvania; his brothers, Richard Rajca of New York City, NY, and John “Jack” Rajca of Colorado; his nephews, Alexander Wasyl, and Michael Wasyl; his aunt, Arlene Smith; and many beloved cousins and friends. He is also survived by his precious Maltese of 16-1/2 years, Q-Tip.

A memorial service to honor and remember the life of Mr. Rajca will be planned for a future date.

Crawford / Ray Funeral Home and Cremation Service is honored to be caring for the Rajca family.

Kathy, Please know that I am so sorry for your loss. I didn’t know Bob, but after reading the tribute on this website, I can certainly see that he was a remarkable man. I know he would be very proud of your determination to carry on, using his memory as strength and guidance when needed. Janice
Janice Griesemer
posted Monday, October 26, 2020
So sorry to learn of Bob's passing. He and I were teammates in high school biology which lead our teacher to distraction. We were graduation partners in 1965. So glad we got to chat at our 50th reunion. To know Bob was a privilege and a joy. Condolences to all.
Judy Maitland Levesen
posted Monday, October 26, 2020
Dearest Jack and Family. Our prayers and condolences are ascended to all of you on the passing of your brother, “Robbo”. The words written about his life couldn’t have been more true to heart. He is at Peace now. While helping him renovate the PFH many moons ago, he taught me a tremendous amount about life. How precious it is and “spend no time wasting any of it away.” God Bless All. God Bless Rob. JS
John Serra
posted Monday, October 26, 2020
To Bob,s wife and family sorry to read about Bob, I went to High school with Bob. He was a good guy. May God give you peace and comfort during this hard time
John Ritchie
posted Monday, October 26, 2020
He will greatly missed I am sure. What a wonderful legacy he left. I send thoughts and prayers to you, DeeAnn
DeeAnn Wilmot
posted Monday, October 26, 2020
Kathy, So Sorry for your loss ! Robbo & I were close friends for a long time . Not as close after You & He moved down South . We were still close in the sense that we'd call each other once in a while & start talking to each other like we had just seen each other yesterday !! I wiil miss Bob as I know You do too !!! You take care Kathy & may life be as good to You from now on as it was , when You Two Were Together ! I'll say bye for now Kathy , til we see each other again ! Let me know when it will be time for His Memorial .
Bruce
posted Monday, October 26, 2020
My brother was my "ROCK" in life! I miss him dearly with each passing day!
Deb
posted Monday, October 26, 2020
To Kathy, Deb, Rick, and Jack... Each day that has gone by since Bob's passing has diminished my profound sadness, but has enabled me to recover the memories of so many years of fun and good times we had, in Piscataway, at the lake house, in Florida, and on our trips to Milwaukee for the Harley celebrations. The photos from those times will keep his memory alive in my heart. For so many years he was my best friend, a brother, and when I was down, he watched out for me. We grew apart over the last decade or so, and I was sad about that, but until Kathy's call last month I thought we'd catch up here in Florida this Winter. I loved Robbo and will miss him. I am so sorry for your loss and hope you take comfort knowing he goes with God. Bless you all. Peter
Peter Nordell
posted Monday, October 26, 2020
Went to grammar school with bob at Our Lady Of Good Counsel in Newark N,J and remember going to his house on Broadway in Newark which was his family's funeral home. Have many good memories of him, even though we lost touch.Will always remember him in my prayers and hope to see him again one day on the other side. My sincere condolences to his family.
Bernie Mc Entee
posted Monday, October 26, 2020