Served His Country, Loved His Family 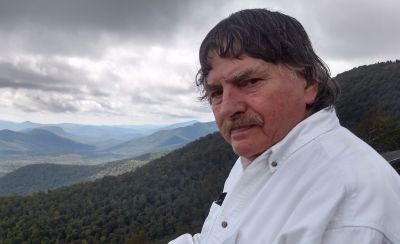 Canton- Roderick McIver Hartness, age 74, a man that has been blessed with a full and wonderful life, passed away Tuesday, August 10, 2021.

Roderick was born September 10, 1946 in Murphy, NC and grew up in a military family which gave him the opportunity of living in many interesting places close to military bases throughout the United States and also internationally. As he grew into a young man, he made the decision to follow in his family’s footsteps and enlisted in the United States Air Force and honorably served his country, being stationed in Vietnam. He was an excellent airplane mechanic and Roderick was honored to be chosen as a member of the Rescue Mission Team for the Apollo Space Program.  Following his military career, he continued his education to become an electrician and worked for many construction projects. "Roddy" was a true outdoorsman and spending time working in his garden, hunting among the mountains, and fishing in his favorite streams were all things that brought him much joy.  Roderick was a skilled gunsmith and he was also a talented photographer. It seems there just was not anything that Roderick could not master. Roddy had a great love for all of his many dogs throughout his life that he cared for and always held happy memories of each of them. In the words of his family, “He was a perfectionist.” Mr. Hartness held a strong faith and he was a member of Canton Central United Methodist Church. Roderick McIver Hartness will forever be remembered as a man of great courage, a man of many talents, and a man who loved and cared for his family with all his heart and soul.

He is preceded in death by his loving wife of 49 years, Phyllis Robinson Hartness who passed away in 2019.; his birth father, Alexander Winslow McIver; his adopted father, Willard Robert Hartness; his mother, Phoebe Caldwell Hartness; his brother, Richard McIver; his sister, Barbara Johnson; and also a close friend, Bill Idell.

Surviving are his daughter, Jenniffer Dall and Craig of Clyde; grandchildren, John and Jesse Dall; half-sister, Doris Reynolds of Georgia; a great-aunt, Genell Burnette of Canton; several cousins, nieces and nephews; and his close friends, Tommy Pope, and Larry Ledford.

A funeral service to honor and remember the life of Roderick Hartness will be held at 3:00 pm Sunday, August 15, 2021 in the chapel of Crawford / Ray Funeral Home and Cremation Service. Pastor Erin Yow will be officiating. The family will receive friends at the funeral home one hour prior to the service. Interment with military honors will follow at Morning Star United Methodist Church Cemetery.

Crawford / Ray Funeral Home and Cremation Service is honored to be caring for the Hartness family.

RIP Rod
Rob Brigman
posted Thursday, August 12, 2021
Jenny, Craig, John & Jessie, Sending love your way. We want you to know we're thinking of you all and will pray that the Lord eases the pain of his passing. We're so sorry for your loss and please let us know if there is anything we can do to help. Don't hesitate to ask. Love and hugs
Victor and Jackie
posted Thursday, August 12, 2021
Jenny We are praying for you and your family as you walk through this journey of loss. I am glad the girls and I have fun memories of your dad. We have many Halloween memories trick o treating in his neighborhood. He was a bit of a story teller which always made me just stop and listen. My favorite thing of course is that he called me Pam instead of Amy….close enough… both of them were three letters. I’m sure that you will feel his presence in the days to come. Heaven isn’t too far away, as the song goes. I know he is there hugging your mom and petting all his doggos. You cared for him in the best possible way as his daughter and advocate. God blessed him with so much and you certainly captured that in this obituary. You all are loved and prayed for.
Larry, Amy, Kaitlyn and Kari Putnam
posted Thursday, August 12, 2021
I am a friend of Ellen’s I wish to offer an amendment to the obituary, or maybe just a comment: I wrote this to Ellen. Roderick, “was honored to be chosen as a member of the Rescue Mission Team for the Apollo Space Program.” From the guy that once wanted to be an astronaut: Your uncle (Roderick) wasn’t, “an excellent mechanic.” He got chosen for the RMT of the Apollo program. Your uncle was nothing less than an utter badass. He probably never told anyone what a badass he was. Humble too, then. Sorry I never met him.
Walter Pickard
posted Thursday, August 12, 2021
Remembering you and family in prayer.
Jimmie Ellen Henson Amy Wyatts Aunt
posted Thursday, August 12, 2021
Are used to play pool with Rod and Jennifer He was a nice man he was no slouch at playing pool. I live in Australia now and something made me take a peek in the obituaries. Jennifer sorry for your loss I know you loved your dad dearly. Rest in peace Roderick
Mike Swayngim
posted Thursday, August 12, 2021
Rod and I pretended to be employees and rode up to Ghost Town many times during the summers. We carried tools around with us and pretended to be working. Wonderful times. I drank my first moon shine at Rod's, and he and I built the bridge for the senior prom. We would be in his '36 roadster and he would take the turns in the left lane. I learned not to dare him. I just saw Rod again at our 55th reunion and gotten reacquainted. I'm so very sorry to hear of his passing. RIP my friend.
Rick Thomason
posted Thursday, August 12, 2021