A Wonderful Husband and Father 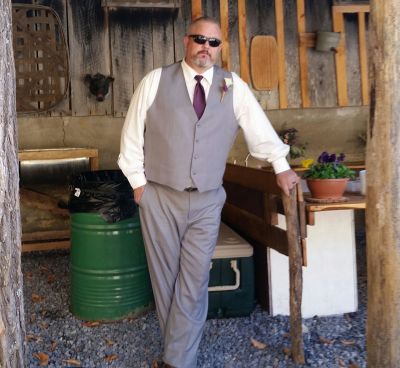 Canton-   A man who loved his Lord and his family, Roger Eugene Greene, age 51, won his battle and received his courageous victory over cancer when he entered his eternal home on Monday, February 10, 2020.

Roger was born October 7, 1968 and was a lifelong resident of Haywood County. He was a member of the 1987 graduating class of Pisgah High School where he made friendships that have remained strong throughout his life.  He continued his education at Haywood Community College receiving his Associate Degree and began his career as a maintenance technician with Borg Warner Turbo Systems in Asheville. Roger’s strong faith was a witness to everyone blessed to know him and he was a dedicated member of Maple Grove Baptist Church. Together he and his wife, Pam,  had formerly served as the church youth directors and were true examples and role models for the children of the church and their community.  Also Roger cherished his mission trip experiences traveling to Mexico and giving of his time and witnessing his Christian faith to the many children that he met.

Roger was a man who loved the mountains and he was an avid hunter of deer, bear and wild hogs.  He was a man of many talents and was truly gifted with working with his hands, always able to build or repair anything. His loved his family deeply and you could always see the great joy and pride in his eyes when his children were with him- they were the light of his life. Roger accepted his illness as he did his life, with grace and courage. His cherished memory will forever remain with his family and those that he has touched with his friendship and his faith.

A memorial service to honor and celebrate the life of Roger will be held at 3:00 pm Saturday, February 15, 2020 at Maple Grove Baptist Church, Stamey Cove Community in Waynesville. The family will be receiving friends at the church from 1:00 to 3:00 pm prior to the service. Pastor Tommy Carlisle and Pastor Jimmy Burress will be officiating.

Crawford / Ray Funeral Home and Cremation Service is honored to be caring for the Greene family.