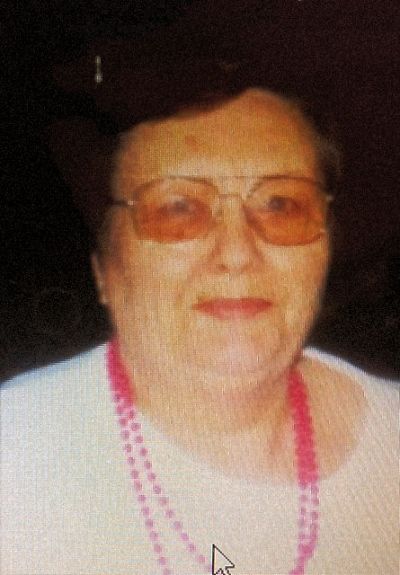 Mrs. Evans was a native of Haywood County and had resided here most of her life. She was the daughter of the late Joe Robert Browning and the late Lucy Hightower Browning. Mrs. Evans had been employed as a unit secretary for St. Joseph Hospital in Asheville. As we remember Ruby Browning Evans we remember her love of reading, her deep love for her family and her love of the Lord.

In addition to her parents, she was preceded in death by her brother, Bob Browning; who passed away October 12, 2015; two sisters and a cousin, Glen Browning.

She is survived by her daughter, Tina Evans Woody and her husband, Greg Woody of Waynesville; her grandchildren, Jeremy Wilson and his fiancée, Angie Trantham, Tim Putnam and Rachel Woody; her great-grandchildren, Alyssa Wilson, Malachi, Isabella, Memphis and Dominic Putnam, Braelyn “Gracie” Davis and Hayden Trantham.

Private family services will be held at a later date.

In lieu of flowers, memorials may be made to Haywood County EMS, 215 North Main Street, Waynesville, NC 28786 or to the Canton Police Department, 58 Park Street, Canton, NC 28716.

Crawford / Ray Funeral Home and Cremation Service is honored to be caring for the Evans family.

My deepest sympathy to all of the family
Juanita Clark Dixon
posted Monday, November 2, 2015
My sympathy and prayer for the family. Sheila T. Bivins
Sheila Taylor Bivins
posted Monday, November 2, 2015
Tina, I'm so sorry to hear about Ruby - she was a good friend of my mother Nita Stamey. Ruby was a unique individual who had many talents and ideas. From knowing her and listening to her talk of her life, one of the most important things in her life was the experience of being your mother.Make no mistake, she loved you dearly. I know from the experience of losing my mother that there are really no words, but I want you to know that you and the children will be in my prayers.God is the only real comfort in this life, especially during this time. My number is in the phone book if you would like to talk. Please let me know when you do a memorial service I would like to attend if at all possible. God Bless! Love & prayers Sarah & Mike
Sarah& Mike Mills
posted Monday, November 2, 2015