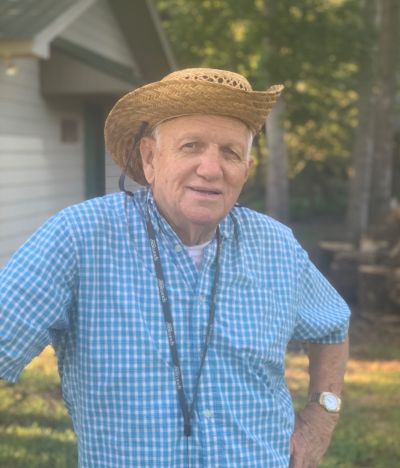 A native of Haywood County, Rufus was born November 22, 1939 to the late Milas Barringer Donaldson and the late Lorene Swanger Donaldson. In addition to his parents, he was preceded in death by his sister, Shirley Ayers; and brother, Gene Donaldson.

Mr. Donaldson was well-known throughout his community, and his family and his friends were a very important part of his life. Rufus loved being among the mountains where he enjoyed running his beagles with his buddies. He was blessed with the opportunity of traveling across the country while working for singer and songwriter, Travis Tritt. He continued to enjoy traveling until his retirement. He was also a talented woodworking craftsman, and nothing brought him more joy than working with his hands. Memories of Rufus Donaldson will be held in the hearts of his family and his friends forever.

A private memorial service will be held at a later date.

So sorry to hear about Rufus. Our thoughts and prayers are with all the family. Jerry & Darlene Gregg
Darlene Gregg
posted Thursday, August 19, 2021
Rachel you have my deepest sympathy I think you know how much that I loved Rufus I’m just so shocked I didn’t realize that he had gotten that sick please let me know of the memorial service lots of love always Gail
Gail Cannon
posted Thursday, August 19, 2021