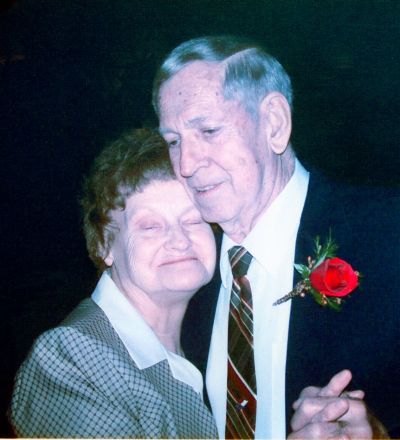 “On this day our sweet daddy, Sam Stamey, gained his angel wings so that he could follow his Heavenly journey to be with the Lord and our sweet mama.”

Mr. Stamey was born November 24, 1929 in Haywood County. During Sam’s blessed life of 91 years, he accomplished many things. As a young man, he was drafted in 1951 during the Korean War and entered into active duty, honorably serving his country in the United States Army and later serving in the United States National Guard, retiring as Staff Sergeant. Mr. Stamey proudly devoted nearly 40 years of his lifetime to his country and he also served as the Commander of VFW Post #5198 in Canton for more than 10 years. Sam graduated from Blanton’s Business College in Asheville and later became employed with BASF Corporation / American Enka Corporation where he retired with many years of dedicated service.

Sam loved to go camping, watch football and also car racing. He was also involved as a mentor for the students with the Pisgah High School ROTC program. Mr. Stamey founded the Memorial Flag Program in Canton and would be seen on hot summer days or in downpouring rain personally placing American flags at each business location throughout downtown every national holiday, earning him the nickname “Flag Man” with the local stores. Mr. Stamey stayed highly informed and active in politics throughout his life. He enjoyed bluegrass music and he was a devoted listener of WPTL’s Papertown Roots Radio with Tim Surrett. Sam was one of the most dedicated listeners to this program, and Tim graciously acknowledged and mentioned Mr. Stamey on each of his programs.

Sam will be deeply missed by his family and his many friends. He has fought a good fight, he has finished his course, and he has kept the faith. Well done, thou good and faithful servant.

Sam was preceded in his Heavenly journey by the love of his life and his wife of 64 years, Juanita Messer Stamey; a son, Terry Stamey; his parents, Dill Stamey and Nettie Moore Stamey; son-in-law, Larry King; a brother, Richard; and 2 sisters, Francis and Margaret.

The family will receive friends in the chapel of Crawford / Ray Funeral Home and Cremation Service from 2:00 until 3:00 pm Sunday, April 11, 2021. A graveside funeral service with full military honors will follow at 3:30 pm at Crawford / Ray Memorial Gardens in Clyde. Pastor Chris Willett and Pastor Darryl Messer will be officiating.

In lieu of flowers a donation may be made to Haywood Hospice at 13 Haywood Office Park Ste. 107, Waynesville, NC 28785; the VA Medical Center at 1100 Tunnel Road, Asheville 28805; or to the Alzheimer’s Association Western North Carolina Chapter at 31 College Place Ste. Doppler 103, Asheville, NC 28801.