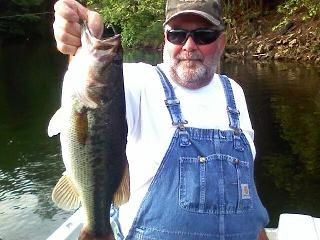 Steve was born April 15, 1950 to the late Kyle Huffman and the late Myrtle Gentry Huffman and had made his home in Haywood County most of his life. He had been employed as a carpenter in the construction industry for more than 40 dedicated years and retired from H&M Constructors in 2009. Steve was a true outdoor sportsman. He enjoyed hunting but fishing was his true passion and his life. His craftsmanship of tying fishing flies was indeed a gifted talent. He was a member of Long Branch Baptist Church. Steven Louis Huffman will always be remembered as a generous and kind person and a man who loved and cared for all children. His heart held a great love for all of his family and he will be deeply missed and never forgotten.

In addition to his parents he was preceded in death by his brother, William Huffman; a sister, Betty Sue Green and a nephew, Danny Ray Huffman.

He is survived by his loving wife that has faithfully stood by his side for 37 years, Sharon Carver Huffman of Canton ; his daughter, Mallora Farmer of Canton; his son, Steven Burdette of Marietta, South Carolina; his grandchildren, Joshua Farmer, Kristin Farmer and Bryanna Burdette ; a brother, Donnie Huffman and his wife, Teelena Huffman of Woodfin, ; his sisters, Nell Davis and her husband, Jerry Davis of Canton, Evelyn Ward of Canton, Linda Rice and Medford Jenkins of Waynesville and Phyllis Bonham and her husband, Richard Bonham of Cleveland, South Carolina and many nieces and nephews.

A celebration of Steve’s life will be held at 2:00 p.m. Friday, February 13, 2015 in the chapel of Crawford / Ray Funeral Home. The Reverend Gene Worley will be officiating. The family will be receiving friends at the funeral home one hour prior to the celebration of life service.