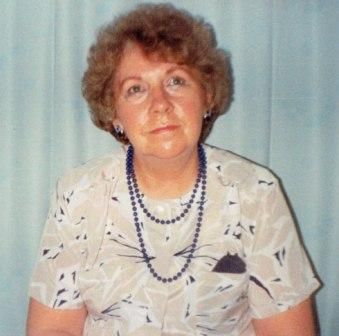 Candler- Sue C. Woody Williams, age 85, of Big Cove Road, went to meet her Savior on Monday, April 6, 2015. Mrs. Williams was born in the Sandy Mush Community of Leicester to the late E. Berlin Woody and the late Nonnie King Woody. She received her early education in Sandy Mush and later attended Woodfin High School. Sue began her career in Asheville with Southern Bell Telephone Company. She was also employed for many years as a switchboard operator at St. Joseph’s Hospital in Asheville. At one time she owned and operated her own florist shop. Sue loved cookbooks, native birds and working with the elderly. She was also a member of the Disabled Veterans Auxiliary. Mrs. Williams was the oldest attending member of New Hope Baptist Church in Candler. She and her family had resided in several locations due to her husband’s work, but Mrs. Williams was happiest living her later years in Big Cove in Candler, NC. In addition to her parents, Mrs. Williams was preceded in death by her husband, Paul E. Williams who passed away in 2002; a daughter, Lissa Williams Potter, who also passed away in 2002 and eight brothers and sisters. Left to cherish her memory are her sons, Kent Williams Sr. and Ernie Williams and his wife, Rikki Williams ; a son-in-law, Bill Potter; five grandchildren; two great grandsons and one very special sister, Macy “Butch” Bradburn. The funeral service will be held at 3:00 pm Sunday, April 12, 2015 at New Hope Baptist Church in Candler. The family will be receiving friends at the church one hour prior to the funeral service. Mrs. Williams will be buried alongside her husband in the Williams Family Cemetery in Big Cove. Crawford / Ray Funeral Home in Canton is honored to be caring for the Williams family.