A Fun and Beautiful Lady 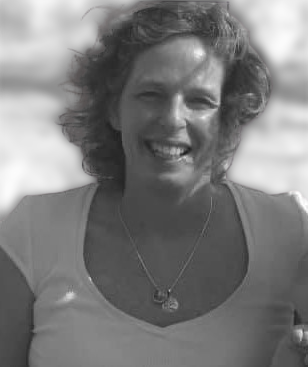 Waynesville- We rejoice today for the precious life of our beloved Susan Chapin who for 58 blessed years brought joy and happiness into the hearts of her family and friends. Susan passed away peacefully at her home surrounded by her loving family on Friday, April 16, 2021 and our hearts are filled with gladness as she is in Paradise today.

Susan was born November 1, 1962 in Allentown, Pennsylvania, and had moved to Jupiter, Florida with her family as a young girl, until she decided to ‘up and run away' to the beautiful mountains of Western North Carolina to make her home in Waynesville, starting a new adventure for her life. To know Susan was to love her, and for more than 40 dedicated years as a CNA she cared for those who needed her, and with her beautiful smile, she brightened everyone’s day bringing great joy to the people around her.  She was also in the past few years employed as a pharmacy technician continuing on with her devotion to caring for others. Susan had a special way of always making family and friends feel welcome to her home and everyone who visited left with a smile and a feeling of being 'as full as a tick' from Susan’s delicious homemade food.  She spent many hours working in her vegetable garden during the summer season and she also delighted in taking a moment of quiet time to read a favorite book and sipping her tea. A happy memory that will forever be cherished by Susan’s family is watching her pick up a hula hoop and hearing the squeals of delight from her grandchildren and family as she swung her hips in rhythm for what seemed like forever! Mimi, as she was affectionately called by her children and also by those who considered her as their own mother, will miss her deeply. As we say goodbye to our precious Susan let us remember her as she would want to be remembered- giving us advice, telling us a funny joke, continuously giving of herself and making life happier for everyone around her. Susan's life has indeed been a treasure to others.

She was preceded in death by her parents, Robert Fairchild Chapin and Catherine Margaret Morley Chapin; and a brother, Mark Chapin.

Left to carry her memory in their hearts are her daughter, Cassie Cagle Beaulieu and Todd of Canton; a son, Woody Cagle and Susan Rose of Waynesville; granddaughters, Eliza Cagle of Canton, Kooper Cagle of Waynesville, and Graci Beaulieu of Leicester; grandsons, Grayson Reece of Canton, and Sam Beaulieu of Leicester; a sister, Linda Ranger and Chris of Jupiter, Florida; a brother, Jeff Chapin and Liz of Palm Beach Gardens, Florida; a lifelong best friend, Wayne Cagle of Sylva; numerous nieces and nephews, and lots of dear friends.

To honor Susan’s request no formal funeral services will be held.

In lieu of flowers, memorials may be made to Sarge’s Animal Rescue Foundation at 256 Industrial Park Dr. Ste. B, Waynesville, NC 28786.

Crawford / Ray Funeral Home and Cremation Service is honored to be caring for the Chapin family.