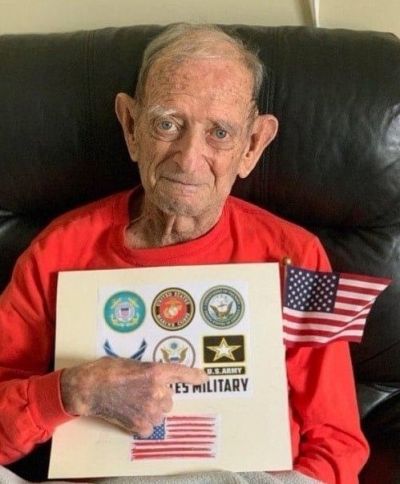 A native of Canton, NC, Tom honorably served his country in the U.S. Army during World War II. He was dedicated employed at Champion International Paper Company as an instrument worker, foreman, and superintendent. He was a long-time faithful member of First United Methodist Church in Canton where he was active in Sunday School, and all church men’s groups.

He was preceded in death by his brothers, Dan, Frank, and Bill Hyatt.

Surviving are his wife of 70 years, Martha Haynie Hyatt; son, Steve Hyatt and his wife Linda of Canton; daughter, Harriett Wilson and her husband Dan of Birmingham, Alabama; and many dear friends.

To honor Tom’s request, no formal funeral services will be held at this time.

Crawford / Ray Funeral Home and Cremation Service is honored to be caring for the Hyatt family.

In Memory of Tom

God saw him getting tired,
and a cure was not to be.
So He put His arms around him
and whispered, “Come to Me.”

With tearful eyes we watched him suffer,
and saw him slowly fade away.
Although we loved him dearly,
we could not make him stay.

A golden heart stopped beating,
hard working hands put to rest,
God broke our hearts to prove to us,
He only takes the best!