A Beloved Daddy, Son and Friend 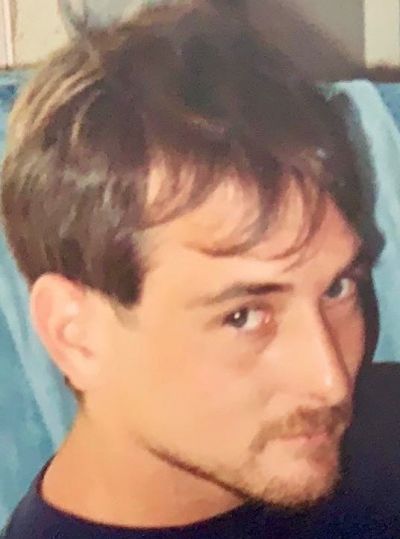 Black Mountain- Travis Shane Cable, age 45, entered into his Heavenly home of peace and solace on Wednesday, May 20, 2020.

Shane was born in the fall season of October 16, 1974. He was a native of Buncombe County and had resided in several areas across Western North Carolina before making his home in Black Mountain for the past three years.  Shane had been employed with several Tree Service Companies and was also a self-employed tree trimmer and climber. He enjoyed hunting and fishing among the mountains where he was born and raised and also spent many hours digging for ginseng.  The time that Shane spent with his friends were always happy times throughout his life and were wonderful memories that he cherished. His beautiful daughter, Cheyenne, was the light of his life and his heart was filled with pride and joy as he watched her excel in playing fast-pitch softball, basketball and also horseback riding. We give thanks for Shane’s life and will treasure always the great love that he had for his family.

Left to hold his memory close in their hearts are his mother, Mona Ammons of Murphy; his father, Herve Cable and his wife, Tanya of Bakersville; his beloved daughter, Cheyenne Cable of Weaverville; a sister, Lisa Goldsmith and Russell of Hot Springs and Angela Thornton and William of Tennessee; brothers, Roger Cable and Kim of Marion and Heath Ammons of Asheville; many nieces and nephews.

A private family gathering to honor the life of Shane will be held at Crawford / Ray Funeral Home and Cremation Service in Canton.

In lieu of flowers, memorials may be made to North Buncombe High School, The Girls Softball Program, 890 Clarks Chapel Road, Weaverville, NC 28787.

Crawford / Ray Funeral Home and Cremation Service is honored to be caring for the Cable family.

I love you brother will miss you can't believe your gone so hard , daughter Cheyenne , Roger , myself (Lisa) , Angie, Heath , and all family love and will miss you so much .
Alicia Cable Goldsmith ( sister )
posted Friday, May 22, 2020
Travis Shane Cable you will be missed so much... Sidney,Phyllis,Hailey will miss there papa Shane an I will miss the love of my life... I wished you wasn't so stubborn but lil man I love you forever an ever an you will always be in my heart... Rest in peace lil man I love you ......love always your girl Shannon Stines
Shannon Stines
posted Friday, May 22, 2020
Shane you will be missed dearly, I am so thankful an blessed I got to spend the last 12 years with you as a father to me I cherish the memories I have of you an mama together You was an still are the love of her life and I know she was an is the love of ur life bc u made sure to tell her that rite before the ambulance loaded you up an left with you, she cries for you every nite an misses you really bad she is so heartbroken and lost for words the love of her life that she has spent the last 12 years with is gone. You have 3 wonderful grandchildren and one grandchild on the way Sidney, Phyllis and Hailey are gonna miss there papa and they love you so much an now that I am pregnant with ur 4th gran babies witch u know bc my nickname from you is (Round Belly) well I found out it's a little girl so now you have 3 beautiful grand daughter's an 1 handsome grandson her name is gonna be (Kelsea) I wish you was here to helped me pick her name out and meet her once she is born but I know you are now watching over us all thinking wow that's my family I walked into an got stuck with but wouldn't trade for neither as u always said lol!! You was took from us way too early but now that you are gone u will be missed dearly but never forgotten ❤
Jackie Schalk (Stepdaughter)
posted Friday, May 22, 2020
So many memory's that I have with you and your sister's and big brother when yawl came to Charlotte ,the times me and my family came to Black Mountain.As adults we didn't get to visit much but the times you would come to my home we had good talks.We would run into each other it seems like when you would first get to town.I'm glad as adults we did get that time,you will be greatly missed.Will always love you cuz.I'm so glad my mom was a person to take pictures I will always cherish them.
Eleftheria Tyane Roberts (Honey)1st cousin
posted Friday, May 22, 2020
I guess I'm still in shock. A month ago we were planning fishing/camping trips for the whole family and now your gone. You were the best. I'm gonna miss our conversations and the way we always looked out for each other whether it was a hamburger or a cigarette we had it. We argued like brother and sister but we knew we still took care of each other. I am still crying and kayley is sending hugs to heaven. We are all heartbroken and it doesn't seem real. We shared alot of good and sad times but I'll keep the good ones close at heart. I hope you knew how much you were loved and how special you really were. I love you Shane. Always have always will my little blue eyed half breed.
Sheila Olvera
posted Friday, May 22, 2020
Rest in Peace
Teresa Cable
posted Friday, May 22, 2020
Shane I will always remember you talking about rosters and climbing the tree and putting the kids up a swing also you sassy attitude you was a good and neighbor. Fly high my friend .
Samantha
posted Friday, May 22, 2020
Sorry for your loss prayers for the family
Joey Hollifield
posted Friday, May 22, 2020
Lisa, Roger, Angie. My heart goes out to you all! You and the rest of the family will be in our prayers.
Timothy Burton
posted Friday, May 22, 2020
Lisa, Roger. My heart goes out to you all! You and the rest of the family will be in our prayers.
Timothy Burton
posted Friday, May 22, 2020
Sending my condolences. It has been years sent we all have seen each other . but all of y'all have an will always be in my heart. Love always
Karen Roberts ( Hunnicutt)
posted Friday, May 22, 2020