A Loving and Talented Lady 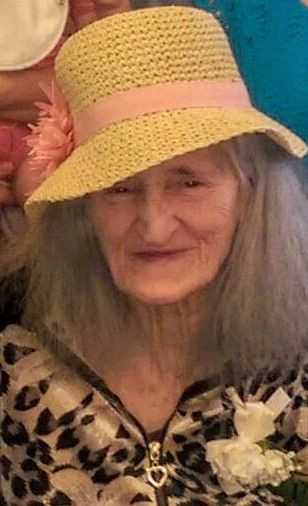 With profound sadness, we announce the passing of Unav B. Cole or “V” as many knew her, our loving and devoted mother and friend to all whose lives she touched.  She went to be with the Lord with a smile on her face on June 6th, 2020 in Haywood County, North Carolina with family by her side. She was in her 84th year.

This great lady was born on October 15, 1936 in Haywood County, a daughter of the late John McLain “Lanie” Cole and the late Artie Marie Gentry.

Unav was an extremely talented basketball player who was known for her fierce competitive spirit and aggressive defensive play as a guard on the championship-winning Leicester High Lassies’ team in the late fifties, and she played as a nominated member of multiple regional and North Carolina State basketball teams. She was a graduate of the 1953 class of Leicester High School in Leicester, North Carolina where she was also a proud member of the 4-H group. She studied business at Cecil’s Business College in Asheville and worked in banking and for various local businesses. She was an exceptionally talented musician and pianist who studied formally as a child under Miss. Ella Victoria of the New York Symphony Orchestra.

Unav was one of a few who were blessed to have the gift to “play by ear”, and she derived great joy from playing impromptu at gatherings for her entire life. She was also gifted artistically, creating beautiful paintings with both oil and acrylic paints, including an image of an eagle which was featured in the Asheville Citizen-Times for America’s Bicentennial birthday celebration in 1976.  She wrote music and trained others to play the piano.  Her musical talent was second to none as was her love for her children.  She was loving, honest and straightforward. If you had the pleasure to know her, the truth she preached to you was beyond reproach.  Her love of life, pink carnations, coffee, Hershey chocolate bars, and animals were the small things that she enjoyed most.

A graveside funeral service will be held at 11:00 am on Saturday, June 13, 2020 at Grace United Methodist Church Cemetery in Leicester, North Carolina. Following the service, family and friends will gather for a celebration of life reception at the Newfound Community Center. In honor of Unav’s kind heart, as well as her love of both people and animals, memorial donations can be made in her name to either The Salvation Army or to the Asheville Humane Society.

Crawford / Ray Funeral Home and Cremation Service is honored to be caring for the family of Unav Cole.

I want to share a memory of Unav. I am a member of the Asheville Elks BOPE Lodge on Haywood Street. Unva, use to play the piano for our Elks annual Christmas Shoe Party for the needy children. What a talented pianist. She was a sweet, sweet lady. My thoughts and prayers are with the family..
Gail Hipshire
posted Wednesday, June 10, 2020
Well Mom, I know you are near me now, and looking down and smiling. Coffee, chocolate, sports (grit, tenacity, determination, and a strong desire to play hard until the whistle blows), but perhaps mostly, a love of animals - well, these are just a few things we have in common. Now you’ll be able to see us up here on top of the world interacting with a lot of critters. I am deeply saddened I did not make it down to see you, but overjoyed and grateful I was able to talk to you a couple times. None of us are guaranteed even the very next moment - so, even if I make it to 150 years, I will see you soon dear. You are a beautiful person, Love Robert Jr.
Robert Bradley
posted Wednesday, June 10, 2020
When we owned Newfound Grocery, Unav came in every month to cash her check and buy groceries. Always had a smile on her face and something funny to say to all of us. Lifted our spirits just to have her around. Lost touch with her over the years, but she left us with beautiful memories of her kind and thoughtful ways. My deepest sympathy to all her family and friends. I know you will miss her.
Dixie King
posted Wednesday, June 10, 2020
I never had the pleasure of knowing Unav but have heard so many great stories from my grandmother, Peggy Shirey and my godfather, Herman Cole! I felt as though I knew her all my life ~ what great memories. My deepest sympathies to the family. Much love Missy Shirey
Missy Shirey
posted Wednesday, June 10, 2020
I was blessed to meet Unav 5 years ago and would see her off and on over a two year period before she went to Autumn Care. I was always greeted with a smile and even though she had difficulty expressing herself in speech, her vibrant personality was evident. I will always remember her fondly. My deepest condolences to her family.
Alicia Wilkerson
posted Wednesday, June 10, 2020