A Man of Great Honor 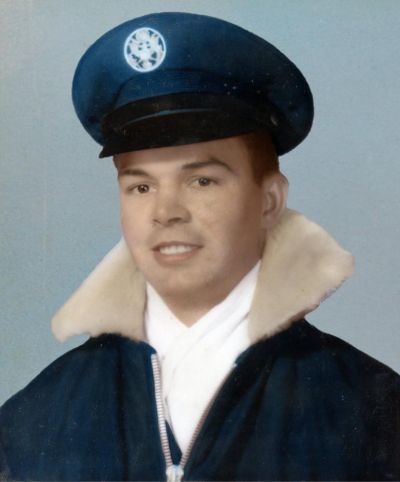 Wiley Carroll Cole, age 85, of Canton passed away peacefully in his sleep on Wednesday, May 1, 2019.

Carroll was born on a cold January day in Canton to the late Ralph Steven Cole and Nell Parker Cole. Mr. Cole left Haywood County in 1958 to begin his adventures abroad when he joined the United States Air Force. After completing basic training in Texas, he took a bus to Washington State and boarded a ship bound for the South China Sea and to Japan. Carroll would often reminisce about this time in his life, often commenting that it was the first time he had ever eaten a steak and also of the times when all of the men aboard the ship were extremely sea sick, he got to eat all their food. His amazing tales of adventure captivated his children, inspiring them to seek out adventures of their own. Carroll spent 10 years in the Air Force as an aircraft mechanic before returning to his home in Canton. He then took a job at American Enka Corporation in March of 1964 and married Violet Rhinehart one year later, together sharing 48 years of marriage until her passing in September of 2012. Mr. Cole was a loving, hardworking man who always made sure his family was provided for. He will be missed always.

Left to cherish his memory are his daughters, Stephanie Cole Dalton and her husband, David, of Preston, MD, Dawn Cole Williams and her husband, Earl, of Canton, and Shannon Kathleen of Black Mountain; his grandchildren, Lauren Bradley of Canton, David Ryan Dalton of Whiteman Air Force Base, Missouri; his great-grandsons, David Liam, Raylan Jack, and Owen Milo Dalton; his loving companion, Evelyn Lester; and his beloved dog and little buddy, “Rufus.”

A graveside funeral service with military honors will be held at 2:00 pm Saturday, May 4th at Crawford / Ray Memorial Gardens in Clyde. The family will be receiving friends from 1:00 until 1:45 pm at Crawford / Ray Funeral Home and Cremation Service in Canton prior to the graveside service. Pastor Barry Clark will be officiating.

Crawford / Ray Funeral Home and Cremation Service is honored to be caring for the Cole family.

My thoughts, prayers and love are with you and your family!
Pam Gravel
posted Friday, May 3, 2019