Dedicated to His Lord and to His Family 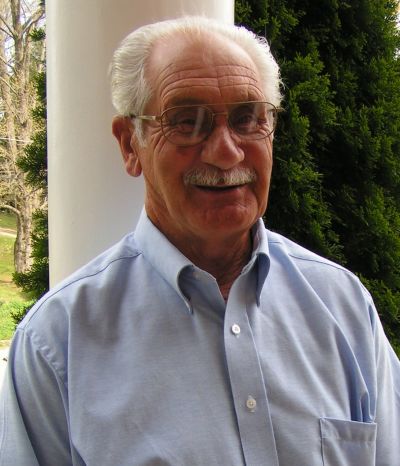 Canton- On Thursday, November 30, 2021 we lost a gentleman who was truly dedicated to his Lord and to his family. Wayne Smith, age 89, entered into his eternal Heavenly home and we give thanks for his blessed life.

Wayne was born May 22, 1932 to the late Vinson Winfield Smith and the late Elizabeth Rathbone Smith and had made his home in Haywood County all of his life. He was indeed a skilled carpenter and had been employed with several construction companies throughout the area. Wayne was blessed with a wonderful personality and he never met a stranger. He delighted in having fun teasing his friends and family members and everyone always looked forward to spending time with Wayne.  Being a true outdoorsman, he enjoyed going fishing- especially for trout, camping with his family during the summer seasons and he also spent time among the mountains digging ginseng. Mr. Smith was a faithful and dedicated member of Center Pigeon Baptist Church.  It was often said by many of the church members that Wayne was always the first to arrive for worship services and he will be greatly missed by his church family that loved him dearly.  Wayne was a man that was a great example to others. He witnessed his strong Christian faith and his heart held an immeasurable love for his family, especially his grandchildren. We give thanks for his full and wonderful life and we rejoice that he is now in his Savior’s presence on this day.

In addition to his parents, he was preceded in death by his wife, Rozelle Owen Smith ; a brother, Roy Smith; sisters, Mae Inman, Myrtle King, Beulah Chambers and Irene King.

The funeral service to honor the life of Mr. Smith will be held at 3:00 pm Sunday, December 5, 2021 at Center Pigeon Baptist Church. Officiating will be Reverend Scott Poole, Reverend Alan Blanton, Reverend Dallas James and Matthew Poole. The family will be receiving friends at the church one hour prior to the funeral service. Burial will be in Center Pigeon Cemetery. Serving as pallbearers will be Doc King, Burlin King, Alfred Smith, Edward King, Marty King and Dustin King. Honorary pallbearers will be Raymond Smith, Eugene Smith, Cecil Inman, Roger King and Lewis Chambers.

Crawford / Ray Funeral Home and cremation Service is honored to be caring for Mr. Smith and his family.

Wayne was a good man who will be truly missed. He was a wonderful husband to Rozelle and her children, especially Julie. I know he helped a lot of people. That was living out his Christian faith. My thoughts and prayers are with each and everyone who knew and loved Wayne
Juanita Clark Dixon
posted Thursday, December 2, 2021
David, Doug, Darrell and family, you all are in my thoughts and prayers. Your Dad was a great man and will be missed by so many. Tina and Jason Smith will surely miss Wayne, they loved him so much. If I know Wayne and my son Jody they are telling each other about their big fishing adventures. God Bless...
Evelyn Feagin and Family
posted Thursday, December 2, 2021
David and family, Sorry to read about your Dad's passing. Thinging of you during this time.
Charles & Betty Jaynes
posted Thursday, December 2, 2021
Wayne was there for his entire family when they were sick he stood by their families at their time of grief. He was always aggravating, rubbing heads and picking at the little ones. He will be missed by many. We are thinking of all you boys at this time. If you need anything let us know Wentfard and Wilma Henson
Wentfard and Wilma Henson
posted Thursday, December 2, 2021
To the family, I loved having Wayne for a neighbor for 15 years! He loved to pick at my youngest grandson and then my great grandson every time we were outside and that was a lot! I knew several members of his family growing up and set up a meeting with one of his cousins a couple years ago! David took him up to my sisters to meet her! Fine gentleman! Please accept my sympathy and prayers ! Pat Williams
Pat Williams
posted Thursday, December 2, 2021
I worked with Wayne for approximately 10 years & he taught me so much; not only about carpentry & even reading blue prints. He had a way of teaching you without making you feel you were being "schooled". I will never forget the memories, skills, & life lessons this man graciously shared with me. One of my favorite quotes of his was; " I don't always get paid for what I do, it's what I know". He shared a lot of that knowledge with me that not only helped me to be a better carpenter, but a better person. My deepest sympathy for the family & friends that will for sure miss him. He was one of a kind! Thank you Wayne, for your presence in my life.
John Lyndon Chafin
posted Thursday, December 2, 2021
Wayne was such a good friend and neighbor to my grandparents, Paul and Bobbie Holland. We all thought so much of him. Sympathy and prayers to the family.
Marna Holland
posted Thursday, December 2, 2021