Devoted to His Family and Community 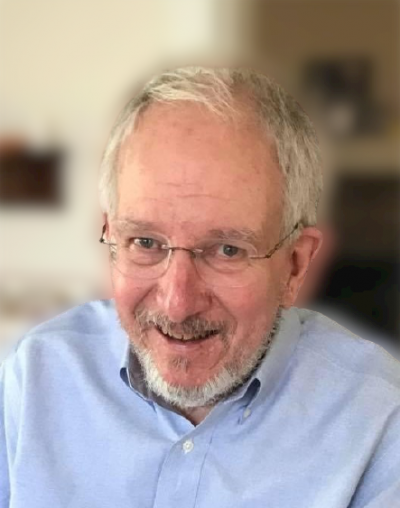 Canton- We honor and remember a gentleman’s life journey that has been devoted to caring about others, embracing his community and being a part of the lives of people all across Western North Carolina each and every single day. William "Bill" Arden Reck, age 79, peacefully departed this life for his eternal Heavenly home on Tuesday, October 19, 2021.  With his passing, we have lost a man who was loyal, a man who was greatly respected, and a man who honored his word.  Bill deeply loved his family and his heart runneth over with pride and joy for each of them.

He was born June 10, 1942 in Chicago, Illinois to the late Myron Arden Reck and the late Mary Marjorie Hannan Reck. From an early age music played an important role in his life and this led to Bill becoming a member of a local band in high school where he played the drums.  His radio broadcasting career also began while he was a high school student, becoming employed at his father’s radio station in Sanford, Florida, WTRR for 19 years until 1977.  Bill was blessed to have met and married the love of his life, Linda Parker, and together they parented two beautiful daughters. In 1978 they began their search for a new place to call their home with hopes of continuing their radio career. Following their visit to Canton, they both knew in their hearts that this would be their home forever! In March of 1978 Bill purchased the radio station WPTL and this became his life and his passion each and every day. His main concern was always about the people of Haywood County. He has given endless hours of free public service announcements, never refusing to help a church, community organization, or a special charity that might have needed assistance. Bill loved sports and he provided the opportunity for listeners to follow Pisgah High School Sports and feel just like you were sitting in the stands.  He was also a charter member of the Haywood County /Clyde Rotary Club, always following their motto of “Service Above Self.” Bill and Linda were also dedicated members of FOCUS on Canton, the civic group which sponsored the Mountain ‘Mater Fest, and they were the main sponsors of the delightful petting zoo for the festival each year.  His love for animals was also evident as The Reck’s raised horses and sheep, and Bill often enjoyed taking a ride on his favorite horse, “Hank.”  Horse Shows were great memories for the family and Bill took great pride in being involved with his daughter, Merrie Reck in her horse shows and competitions.

Bill had worked in broadcasting for 62 years and even following the passing of his beloved wife Linda in 2013, Bill continued on with their dream of making WPTL the success that it is today.  In 2015 his daughter, Terryll Evans, made the decision to join her dad in the family broadcasting business, and side by side as partners, they worked together until Bill’s retirement in 2020.  Terryll made the decision to continue operating WPTL in memory of her Dad and she is committed to making certain that Bill’s legacy will not be forgotten. Even today Mr. Reck’s voice can still be heard on several commercials and promos across the airways of WPTL Radio.

We give thanks for a man who has been a part of our lives each and every day and let us forever remember his advice, “Good words always bring good feelings to the heart.”  Bill Arden Reck, we have truly been blessed by you.

In addition to his parents, he was preceded in death by his wife, Linda Parker Reck who passed away in 2013 and they would have shared 60 years of marriage this past July.

The family would like to invite friends and loved ones to the Graveside Funeral Service for Mr. Reck which will be held at 2:00 pm Saturday, October 23, 2021 at Crawford / Ray Memorial Gardens in Clyde, NC. Pastor Dan Page will be officiating.

Crawford / Ray Funeral Home and Cremation Service is honored to be caring for the Reck family.