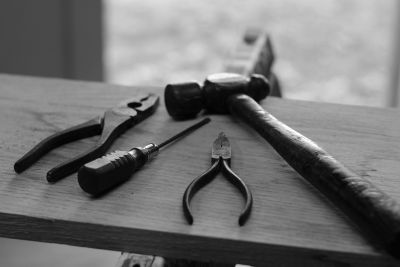 A native and lifelong resident of Haywood County, Ed was born August 21, 1929 to the late Robert "Bob" Phillips and the late Fannie Cagle Phillips.

Mr. Phillips had honorably served his country in the United States Army, and his skillful marksmanship enabled him to be part of the Regimental Rifle Team. Ed was highly respected as an honest man who would never tell a lie, and as a man who would do no one wrong. He also enjoyed living a simple life going fishing, collecting knives, and enjoying the company of his family, dogs, and cats- even stray animals could find a caring home at Ed's place. A gifted carpenter, Mr. Phillips' lasting craftsmanship can be seen in numerous houses around Haywood County. He will be deeply missed.

In addition to his parents, Ed was preceded in death by his beloved wife of 62 years, Jeanette Goodwin Phillips; son, Randy Phillips; grandson, Jody Southerland; and his son-in-law, Walter Southerland.

To honor Mr. Phillips' wishes, no formal services will be held at this time.

Crawford / Ray Funeral Home and Cremation Service is honored to be caring for the Phillips family.